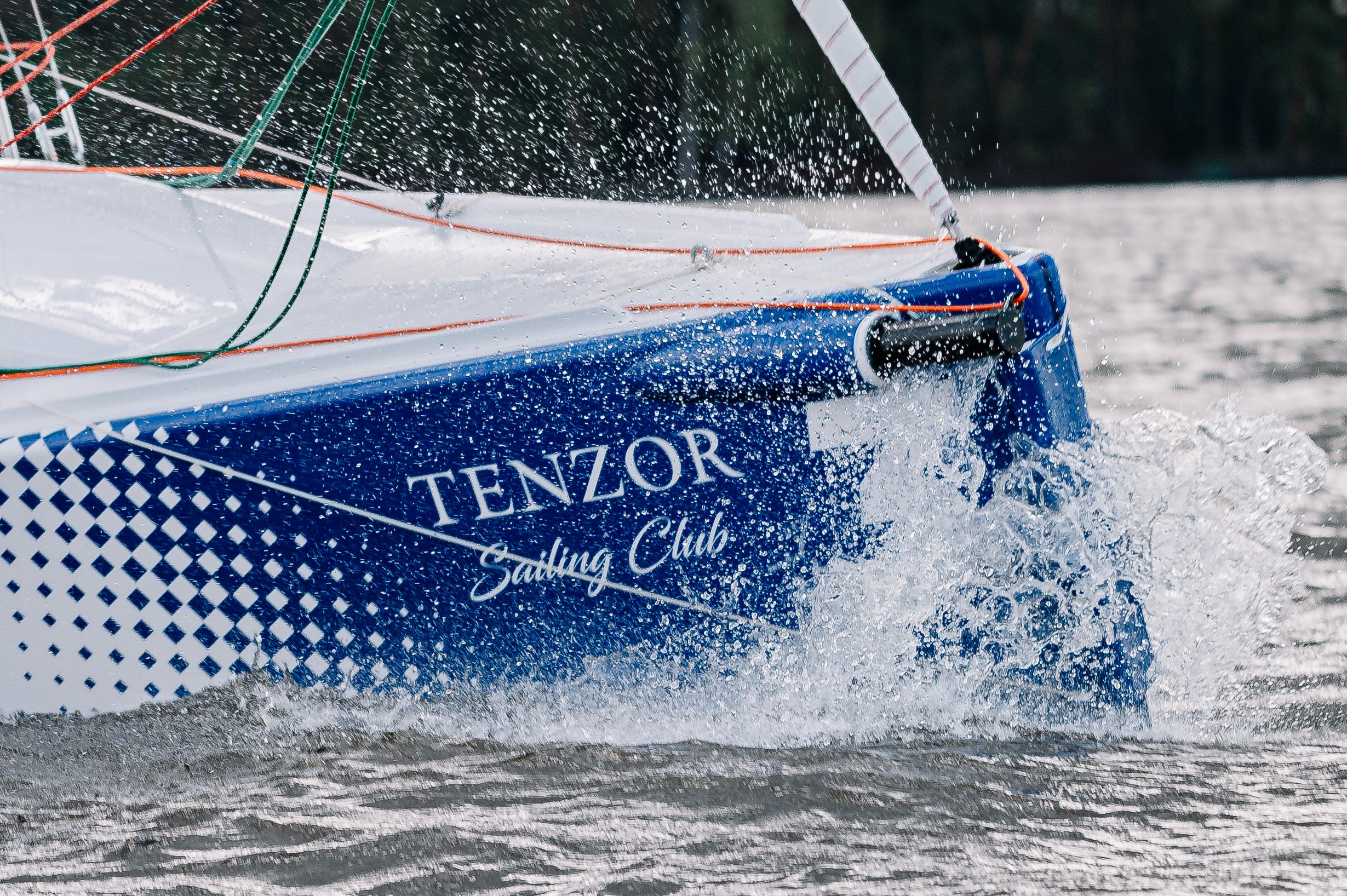 A new large-scale project of our group of companies has started – on May 14, a new yacht club Tenzor Sailing Club (TSC) was opened in the Moscow Region. A landmark event for lovers of sailing, as well as business and corporate industry, water tourism and recreation, was attended by about two hundred guests.

The modern yacht club Tenzor Sailing Club, located on the waters of the picturesque Pestovo reservoir on the territory of the Pestovo Golf and Yacht Club, with a multifunctional infrastructure, its own fleet of sports yachts and a sailing academy for teaching children and adults, will work on a year-round and premium service system for its customers.

On the opening day from 11:00 a rich festive program awaited the guests. After welcoming speeches by the founder of the yacht club and managing partner of Tenzor Consulting Group Andrey Pushkin, executive director of the All-Russian Sailing Federation Pavel Sobolev, general secretary of the yacht club of Monaco Bernard D’Alessandri and a number of other speakers, a symbolic blow to the bell was given to the applause of the guests.

Together with the opening of the yacht club, the summer yachting season was launched.

The regatta in the status of the first stage of the “Pestovo Cup” adorned the festive program of the event, bringing together a strong line-up of 14 teams. Among them were the experienced ZIDart Sailing Team of Zoran Paunovic, Kalina Racing Team of Anastasia Kalinina, Tenzor Sport of Milena Nikitina, Tenzor Legal of Andrey Pushkin, PEK: Sport of Vadim Filatov, ZIGZAG of Artem Sudakov and others, as well as the national teams “Kotiki”, “8848 Invest”, “White Rabbit”, consisting of representatives of various business areas, regular participants in Russian and international amateur and business regattas.

Races full of sports drive and real adrenaline took place in changeable winds of 10-15 knots. The organizers held five races. The undisputed leadership from the first race was taken by Milena Nikitina’s Tenzor Sport team, collecting the first four out of five possible ones. The teams ZIDart Sailing Team, Kalina Racing Team and ZIGZAG fought hard for the top three winners, maintaining the sports intrigue until the final race.

According to the results of the regatta, the Tenzor Sport team became the winner, the ZIGZAG team took the second place, the ZIDart Sailing Team closed the top three. Kalina Racing Team, PEK:Sport and 8848 Invest were in the top six.

The children also took part in activities on the water. The coaches of the Tenzor Sailing Academy held a master class on the water for young yachtsmen.

On the shore, guests were entertained with incendiary music and performances by artists, interactive and online broadcast of the regatta with commentary from well-known presenters Alexei Zhirov and Alexei Korda, treated to exquisite gastronomy and author’s cocktails of the molecular bar.

According to Andrey Pushkin, managing partner of Tenzor Consulting Group:

“A new business and sports communication space has been created – our new yacht club. This is a community of people, air, energy and freedom!”.

The new yacht club Tenzor Sailing Club has organically fit into the sailing map of Russia and is waiting for all sailing enthusiasts on its site!

Legal practice in bankruptcy cases is similar to the strategy of a chess game. Its main goal is to repel enemy attacks....

The commission of more than 80 transactions for a total amount exceeding 11 billion rubles is the basis for the application for bringing the controlling person of the debtor of the oil company to vicarious liability.

Throughout the year, almost daily, the Commercial Court of the Khanty-Mansiysk District considered 73 applications of the Bankruptcy Trustee for invalidation of...

Tenzor Consulting Group is engaged in the management of distressed assets, crisis management and support of insolvency (bankruptcy) procedures. When resolving business...

Successful defense of the Tenzor Consulting Group lawyers in the court of cassation in the case of Trust Bank and Ruspetro for 24 billion rubles.

In 2019, Trust Bank, having initiated the bankruptcy of the Ruspetro oil group of companies, including its production center JSC INGA and...

The All-Russian sailing regatta series Open Cup Tenzor International Cup, the title partner of which is the financial and legal group of...

Business and sports news of the financial and legal group of companies Tenzor Consulting Group.

The past weekend for our group of companies was marked by several significant events at once, relating to both business and the sports sphere that is close to us.

On June 18, 2022, with the support of the general partner Tenzor Consulting Group, as part of the official sports program of the St. Petersburg International Economic Forum, the Roscongress Golf Cup will be held at the Peterhof City Golf Club.

On June 5, 2021, in St. Petersburg, with the support of the general partner Tenzor Consulting Group, the Roscongress Golf Cup was held as part of the official sports program of the St. Petersburg International Economic Forum in the city golf club "Peterhof".

Forbes about the new yacht project of Tenzor Consulting Group

The financial and legal group of companies Tenzor Consulting Group presents a yacht project, the presentation of which took place in Monaco at the beginning of February 2022 on the basis of the largest yacht club in Europe.

“The distance is great, but our hearts are close”

In 2022, with the support of the financial and legal group Tenzor Consulting Group, the Statut publishing house, the Scientific and Educational Center "Law and Business of Moscow State University" published the book "Legal Basis for Business in Russia and Vietnam".

Last year, Tenzor Consulting Group, a financial and legal group of companies, first got acquainted with the game of golf and the golf community, acting as a partner of the Golf Estate management company, as well as several golf tournaments, the largest of which was the traditional Roscongress Golf Cup as part of sports program of the St. Petersburg International Economic Forum.

Dear girls, happy holiday to you! Smile, laugh, enjoy every day! Spring begins within you. Bloom! You are beautiful!

Criminal and subsidiary liability of management and business owners

February 8 at the Four Seasons Lion Palace St. Petersburg hosted a business breakfast organized by the financial and legal group Tenzor Consulting Group for representatives of the business community of St. Petersburg.

Financial and legal group Tenzor Consulting Group is launching a new regional project - a series of business expert events in the format of business breakfasts for CEOs and business owners in the regions of Russia.

Bankruptcy of the main production center of Ruspetro

As part of the bankruptcy case of JSC Inga, which is the main production center of the oil group of companies Ruspetro, lawyers of the financial and legal group Tenzor Consulting Group, on behalf of their principal, the bankruptcy creditor, filed an application for bringing to subsidiary liability the persons controlling JSC INGA.

We are glad to announce a new partnership between the financial and legal group of companies Tenzor Consulting Group and Yacht Club de Monaco.